In this essay, Soo K. Chan presents his personal treatise - where the discipline of classical architecture enables the creation of a consistent, legible architecture language that exudes harmony, clarity and beauty, creating the signature oeuvre for which SCDA Architects has been known over the past two decades. He explains why an elemental and rules-based method remains relevant to design in this day and age.

I studied architecture in the 1980s, a period that presented myriad and complex ideologies ranging from the scepticism and irony of Post-Modernism to the chaos and fragmented nature of Deconstructivism and Post-Structuralism. As a young student grappling with seemingly disparate architectural teachings, I was drawn to Classicism for its rule-based approach - trained by rote, rigour, discipline and order. Order in classical architecture is an assemblage of parts, each subject to an established system of proportions and distinguished by column specificity, pulled together with artistic integrity to bring buildings to life and radiate classic beauty. 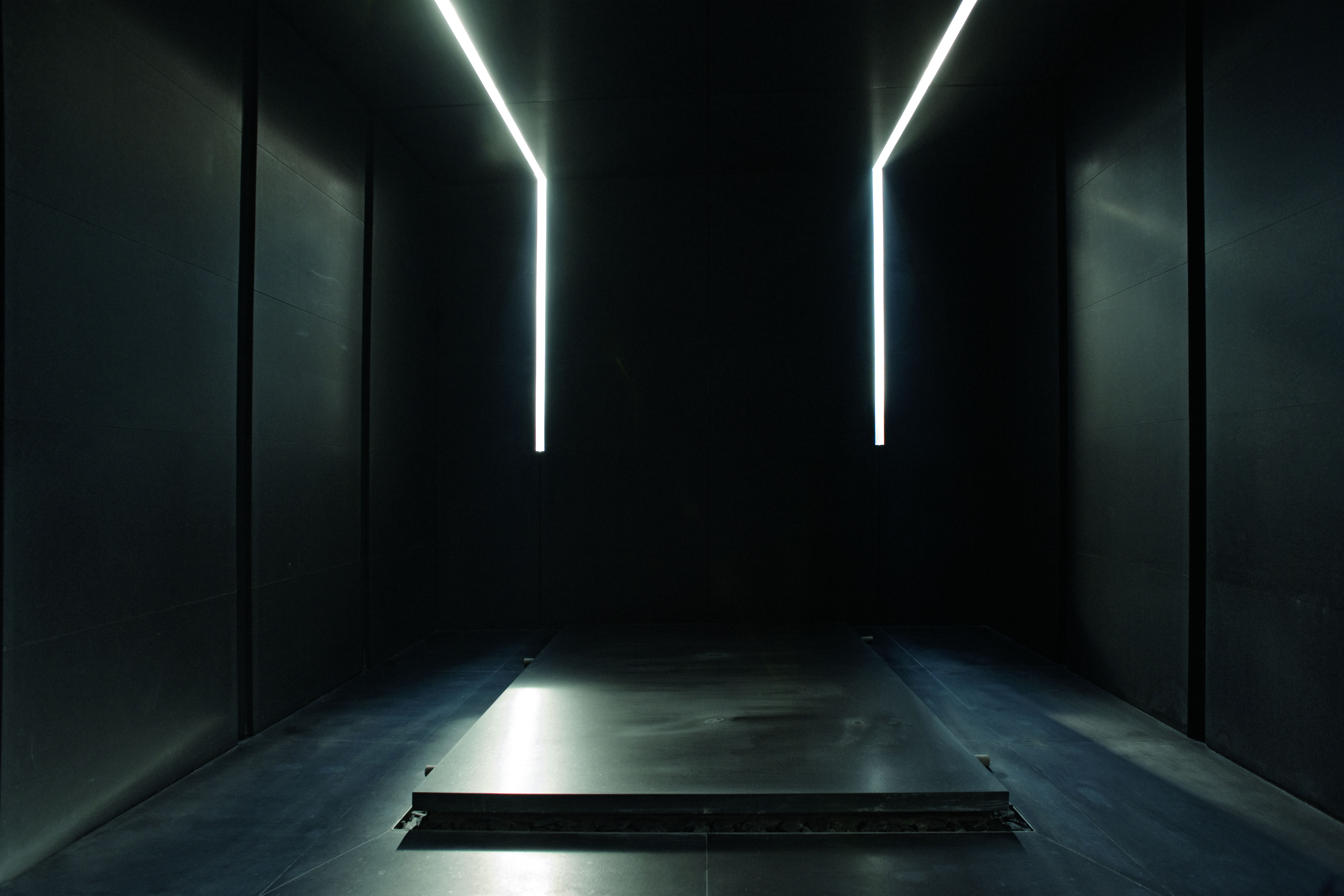 I started my career in the office Allan Greenberg, an architect who practised "canonical classicism" in New Haven, Connecticut. When I was there, I routinely constructed architectural columns on paper with the "correct" proportion informed by Renaissance treatises, using compasses and French curves. Back then, we would often discuss how to modify the entasis of a column, or how to exaggerate entablatures to express masculinity in buildings. It was in 1987 at Greenberg's studio where I first realized that a rule-based Classical form was plastic, able to combine beauty and utility, albeit through skilful manipulation. Classical practice helped me to reconcile the dichotomy between a Modernist idiom that was process-driven and a classicism that was rule-based. This plasticity of form, underpinned by an underlying structure and language, holds true to our design process today.

At SCDA, a clear and concise design vocabulary allows us to design for ephemeral qualities like serenity and beauty. Vitruvius, the Roman architect, first posited architecture as a combination of "durability, utility and beauty" under which order was the unifying framework. Far from an implied rigidity, the repetition and procession of order helps us to attain a phenomenological outcome where light enters and animates a room. In a phenomenological space that oscillates between harmony and tension, materiality, structure and proportion combine to effect a reverberation of the senses.

This article examines the categorical roles that order plays SCDA's approach to architectural design - as Organization, as Clarity, as Repetition, as Procession and as Transition.  These are foundational components of classicism that we have distilled and incorporated into our design vocabulary.

The master architect Le Corbusier once said, "To create architecture is to put in order." Order has always been an underlying organizational principle in our practice. It helps us to explicitly differentiate between spaces with different programmatic requirements. Programmatic relationships between "Servant" and "Served" spaces (using the language of architect Louis Kahn) are defined and organised through the use of elemental shapes such as squares, circles and cubes. Service and function are clearly delineated and expressed with different materials and contrasting volumes. Using order as an organisational tool allows us to indicate where one programmatic mass starts and ends. It also allows us to focus on creating an impactful experience of the "Served" space.

The orthogonal box is arguably the most efficient and economical baseline of architecture. It expresses enclosure with an inherent and familiar structural logic. In our work, order and clarity are achieved by organizing spaces into geometric groups, expressed three-dimensionally using a language of lines, volumes and planes.  The simplicity of this vocabulary allows a high degree of control and can create organizational hierarchy when afforded thoughtful composition. Order and clarity can be achieved through a common design vocabulary or an "architectural toolkit," so to speak. This helps to drive an idealised geometry, one that is resolved and can sit as comfortably within a picturesque Arcadian landscape or a dense urban environment.

Repetition helps to organize space and give it order. In its inception, the Classical styles - Doric, Ionic and Corinthian - were basic units of a proportioning system in construction and deployed in repetition to generate idealized spaces. Similarly, each architectural language establishes and hones its specific rules and systems of proportion that, if expressed correctly, can create an authentic sense of place. The repetition deployed in our work does not express a relationship to symmetry or equilibrium. Rather, it is a rhythmic repetition of architectural elements that frame an underlying compositional datum. This perceived datum allows us to express and highlight key programmatic elements to create visual hierarchy and achieve compositional harmony.

Procession is a journey, a sequential experience of space that is rooted in a deep sense of place. A well-choreographed sequence of experiences can imbue space with a sense of hierarchy and order. Thinking of programmatic space as an episodic experience allows our studio to achieve the tension between modes of duality like lightness-vs-darkness and compression-vs-release. In addition, changes of axes provide opportunities to frame internal and external viewpoints.

We conceive our projects in a holistic manner, focussing on the processional experience that seamlessly weaves together the interiors and landscape.  A well-choreographed architectural procession can heighten the user's phenomenological experience of the space, transcending its programmatic requirements. 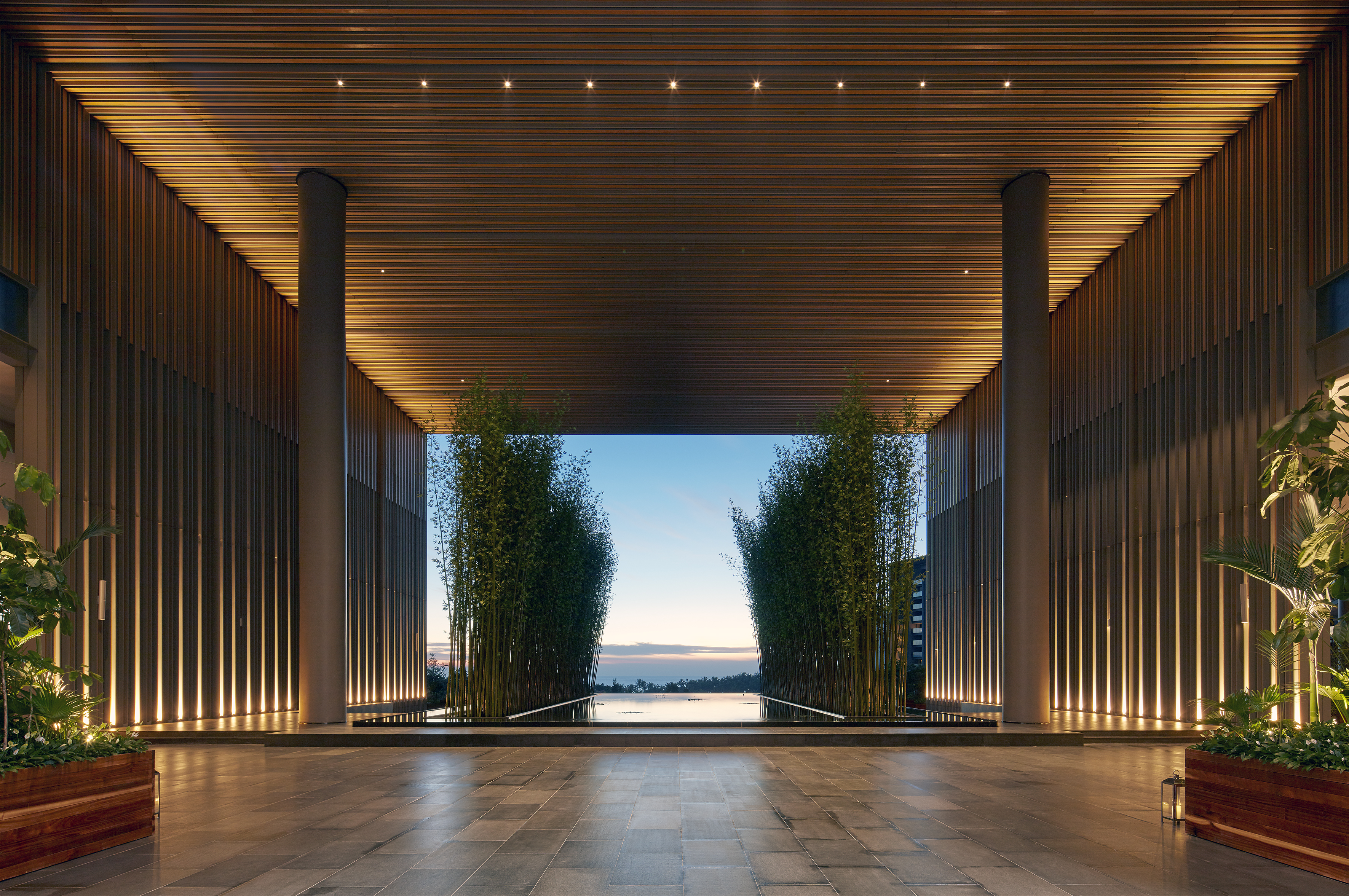 Transitional spaces are a subset of the concept of procession, effectuating a more gradual passage from interior to exterior and vice versa. What is typically a boundary between two spaces becomes an opportunity to order and heighten the in-between or transitional spaces.

Our interest in transitional spaces has pushed us to further explore the architectural boundary like the decomposition and dissolution of the building envelope, and the development of an expanded kit-of-parts that comprises more than just walls, screens, ceilings and floors. The physical limits of a building should not be the limits of its architecture.

The perceived delineation between the built and the natural in architecture stands in contrast to the tropical vernacular, where openness is a tested measure to enable natural ventilation. Issues of a pragmatic or climatic nature, often brought about by location and geography, have given rise to balconies, terraces, verandas, loggias, solariums - intrinsic elements of vernacular typologies. Vernacular elements like the five-foot-way of traditional Straits Settlements shophouses or the intricate ironwork balconies of New Orleans represent a melding of western architecture and craft with the demands of the hot and humid climate of the tropics.  These examples best demonstrate the influence of transitional space on architectural form.

It is important to note that my argument for a language-based architecture does not preclude intuitive and process-based design. My argument is that rule-based architecture is far from limiting. Rather, it can substitute self-referential wilfulness with logic and clarity. The shared understanding of a common design methodology is important for a studio in order to maintain a cohesive design direction.

My work has been informed by a conscious distillation of Classical and Modernist principles, which have contributed to the formation of an increasingly personal architectural vocabulary. When deployed with skill and eloquence, these universal principles of design have the potential to transcend the determinants of site and program, while maintaining the essence of culture and place.